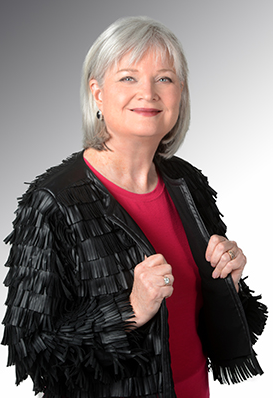 Carole is from Brookville, Pennsylvania, a small town located in the Allegheny Mountains of western Pennsylvania. Brookville is the county seat of Jefferson County, which incidentally, includes the town of Punxsutawney, home of the infamous forecasting groundhog. As the county seat, Brookville has an historic colonial county courthouse where Carole’s father practiced law and litigated cases for over 50 years.

Carole graduated with honors from Grove City College in Pennsylvania with a degree in business. She then achieved a master’s degree in psychology from Duke University in Durham, North Carolina. Thereafter, she worked in student counseling for the University of Wisconsin system until she decided the winters there were too unbearably cold, even for a Pennsylvanian. It was time to move farther south. And she did.

Carole moved to Greenville in the upstate of South Carolina. The familiar foothills, rivers, forests and mountains of the upstate region resembled her hometown. She owned and operated her own business for 5 years in Greenville. Then she decided to become an attorney like her father, brothers and sister-in-law in Brookville, Pennsylvania.

Carole went to law school at the University of South Carolina School of Law, graduating in 1984. After graduation, she worked for a law firm in Anderson as a plaintiff’s attorney representing individuals from diverse and less fortunate backgrounds in the areas of workers’ compensation, personal injury, family law and criminal law. In 1988, she was honored to serve a one-year term as a law clerk to the Honorable William M. Catoe, Jr., a U. S. Federal Magistrate Judge. After clerking for Judge Catoe, Carole worked for a law firm in Greenville where she learned business and corporate law. While there, Carole was proud to represent such companies as The Greenville News, Glidden Paint Company, and McDonalds Corporation in various business and contractual disputes. During this time, she has also represented clients on appeals to the U.S. District Court and to the U.S. Court of Appeals.

Carole opened The Dennison Law Firm, P.C. in 1992. Since then, she has practiced in the areas of Workers’ Compensation and Probate law. She has also pursued general civil and business litigation. In 1996, Carole was appointed as the part-time Associate Probate Judge for Anderson County, South Carolina where she served for 17 years, presiding over probate litigation of all varieties, including will contests, guardianships, conservatorships, creditors’ claims, estate and tax disputes, in addition to the proper distribution of estates and accountings. Carole retired from the Anderson County Probate Court in early 2013 to pursue legal representation and practice for individuals in probate courts throughout the state. In 2013, she was certified as a Civil Mediator by the South Carolina Bar. As part of her legal representation of individuals, Carole prepares Last Will and Testaments, powers of attorneys and health care directives. With her knowledge and understanding of the heartbreaking and avoidable disputes that she presided over as a probate judge, Carole firmly believes that all responsible adults should execute wills, powers of attorney and health care directives in the best interests and welfare of their families and loved ones.